Inside Story: The Science of HIV/AIDS, described by USAID as "one of the world's largest media-based HIV prevention endeavors" premiered on December 1, 2011 in Johannesburg, South Africa!  A 90-minute fictional drama featuring science-based animation (story by credit with Roger Smith), the film was produced by Discovery Channel Global Education Partnership and Curious Pictures.  The trailer can be viewed here, http://insidestorythemovie.org/?q=node/67.   The film will premiere in the U.S. and Nigeria early in 2012, and will be broadcast to millions of viewers throughout sub-Saharan Africa (and also distributed via NGOs in that region), with supporting informational materials.
Posted by Sheila Curran Bernard at 12/05/2011 No comments:

Report from Plus Camerimage

Spent an amazing week in Bydgszcz, Poland, at Plus Camerimage 2011 -- the international festival dedicated to the art of cinematography, November 26-December 3.  Served on the jury for the Short Documentary Films Competition, "Image of the World - World in Images," with Haskell Wexler, Joan Churchill, David Kwok, and Piotr Stasik, and presented the new Polish translation of Documentary Storytelling, 3rd edition (Film Dokumentalny, translated by filmmaker Micheł Bukojemski and published in Warsaw by Wydawnictwo Wojciech Marzec, under the direction of Renata Warchał. 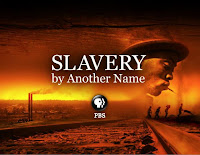 Slavery by Another Name, a feature-length film I wrote for PBS (directed by Sam Pollard, based on the Pulitzer Prize-winning book by Douglas A. Blackmon) is one of just 16 documentaries selected for U.S. competition at the 2012 Sundance Film Festival!  Nominees also include Susan Froemke, who discusses film storytelling in the first and second editions of Documentary Storytelling (her Sundance film is ESCAPE FIRE: The Fight to Rescue American Health Care, directed with Matthew Heineman) and Victoria Bruce and Karin Hayes, whose interview about storytelling is also in the third edition (their Sundance film is We're Not Broke).
Posted by Sheila Curran Bernard at 12/05/2011 No comments:

Inside Story in Production

Inside Story: The Science of HIV/AIDS is now in production in South Africa!  Here's an article, http://mediaupdate.co.za/?IDStory=38269.
Posted by Sheila Curran Bernard at 6/15/2011 No comments:

New trailer, Slavery by Another Name

Click here to see the new trailer for Slavery by Another Name, coming to PBS winter 2012! (Oops -- trailer is down, but here are some images from art director Sean Murray, http://www.seanamurray.com/#1396569/PBS-Slavery-by-Another-Name.)
Posted by Sheila Curran Bernard at 5/02/2011 No comments:

Slavery By Another Name

﻿﻿﻿﻿ ﻿﻿﻿﻿ Click here for more production stills and info from the PBS documentary of Slavery By Another Name, which I'm writing based on Douglas A. Blackmon's amazing Pulitzer Prize-winning book.  Directed by Sam Pollard, produced by Twin Cities PBS -- coming to broadcast 2012.  Stay tuned!
Posted by Sheila Curran Bernard at 4/08/2011 No comments:

Mastering Film -- a resource from Focal Press and its authors.  With an article excerpted from Documentary Storytelling, 3rd edition!
Posted by Sheila Curran Bernard at 4/05/2011 No comments:

From Nick Fraser, series editor of Storyville on BBC4 (and interviewed in Documentary Storytelling): "...[D]ocumentaries are among the most valuable, neglected cultural forms of our time."

Read the whole article in The Observer online, http://www.guardian.co.uk/tv-and-radio/2011/mar/20/documentaries-brian-cox-nick-fraser?CMP=twt_gu
Posted by Sheila Curran Bernard at 3/20/2011 No comments: